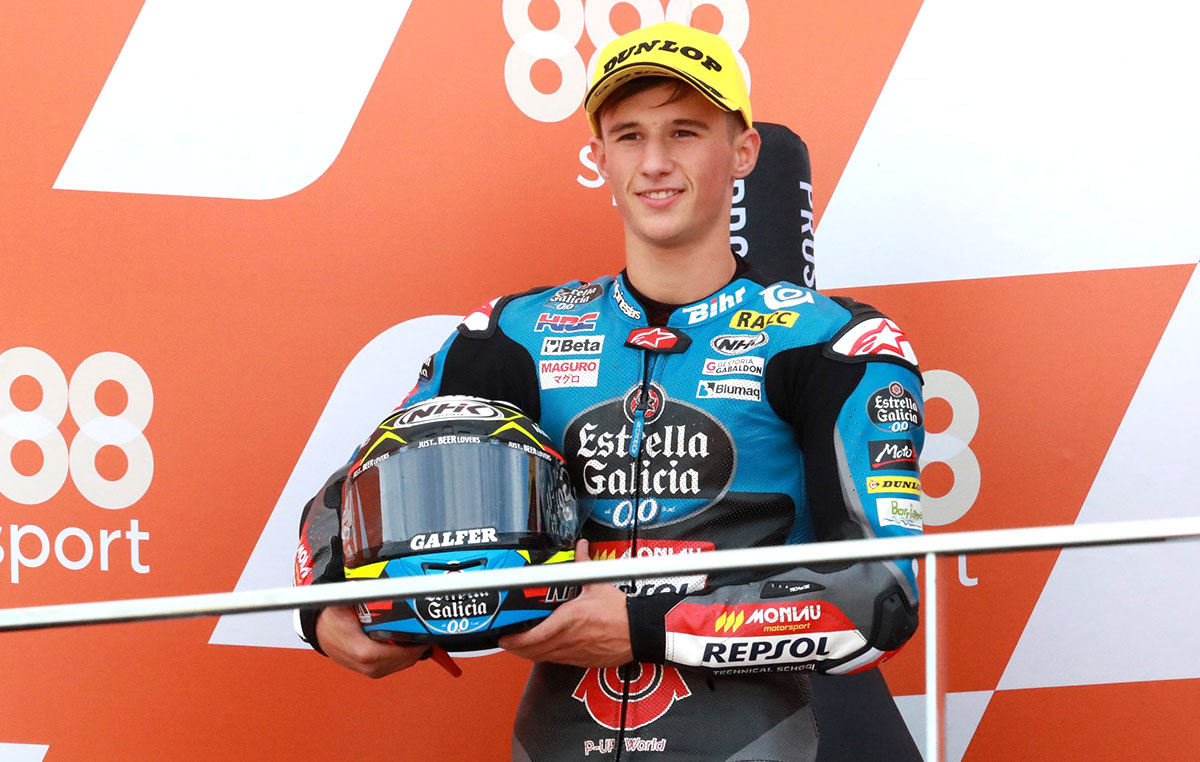 NHK Helmet – Team Estrella Galicia 0,0 Moto3 on the podium with the second place of Sergio Garcia Dols. Garcia Dols earned second place, 0.703s behind race winner Raul Fernandez. Raceday featured mostly clear skies and pleasant temperatures, reaching 17ºC (ambient) and 16ºC (track) when the contest got underway. “At the start I was pushing very hard and I was in an intense fight in my group, which prevented me from gaining ground, but I kept going and gained positions. I think that was the key to finally launching my attack. The feeling of getting onto the podium is incredible, because it has been a very tough season. It is also the result of the huge work done by my team. A podium without fans in attendance is different from last year. It seems like a calmer atmosphere, although I prefer how it was back then.” Sergio garcia will be back at the Circuit Ricardo Tormo on Friday, November 13th, for the first Free practice for the Valencian Grand Prix.