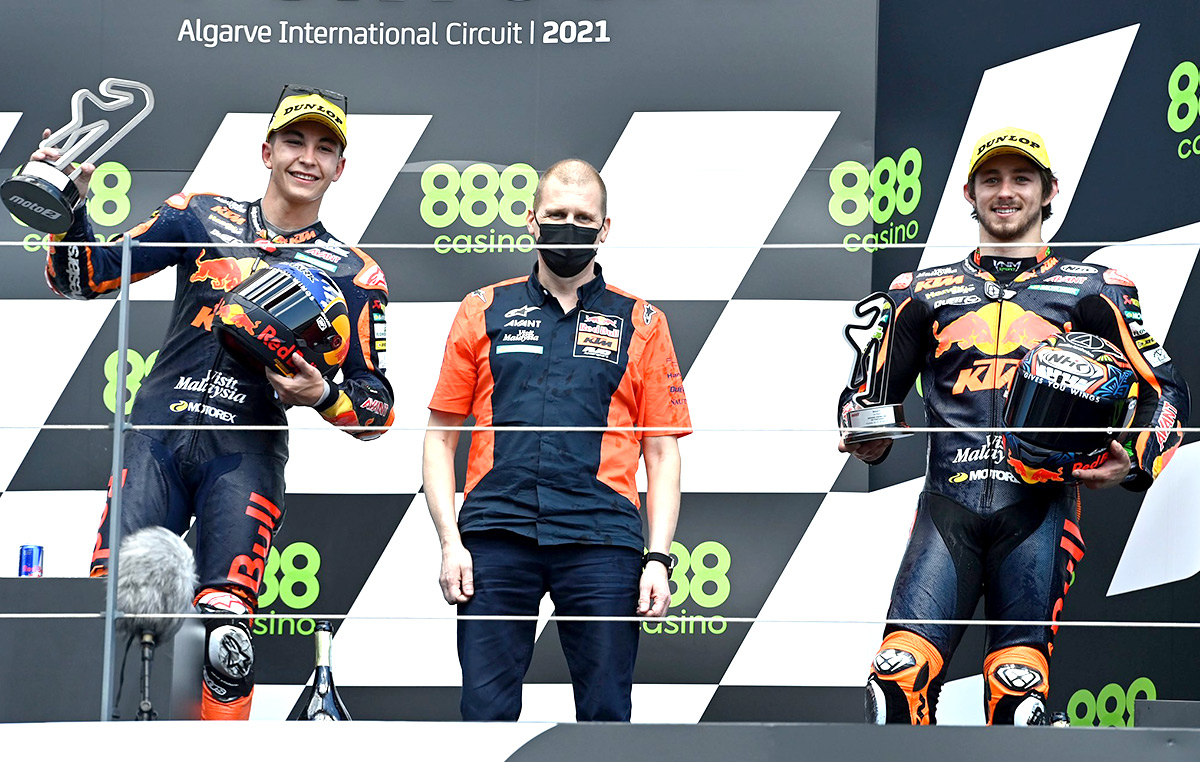 Remy Gardner took advantage of his position on the front row and claimed the holeshot at Portimao. However, shortly after, the Australian was overtaken by another rider, who tried to break away. Gardner remained in the chasing group, amidst plenty of overtaking moves. That group would be split before the end, and he fought hard on the last lap to get third place and an eighth World Championship podium.

Remy Gardner leads the Moto2 World Championship standings with 56 points, whilst Raul Fernandez is second with 52. The Red Bull KTM Ajo Moto2 duo will be back in action in two weeks’ time at the Jerez-Angel Nieto Circuit, where the Spanish GP will take place from April 30th to May 2nd. 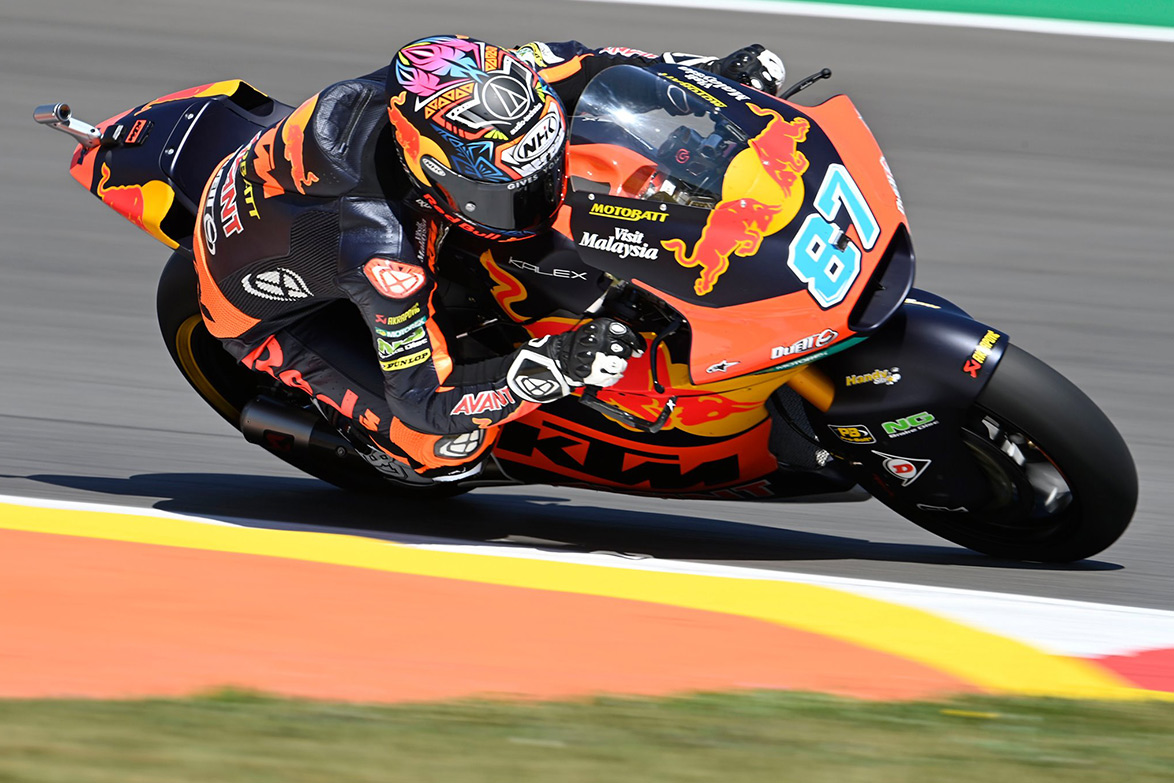 Remy Gardner: “I’m happy with the result. Maybe I expected a little more from Portugal, seeing as how last year went well and bearing in mind how all the practice sessions had gone, but in the race, it was a bit more tough. My tyres had gone by the end and I made quite a few mistakes that I need to improve on for the future, but I’m happy to be able to round off the weekend with a podium. These points are good for the World Championship and we must continue working hard for the rest of the year.”