Remy Gardner gets on the podium again in Valencia 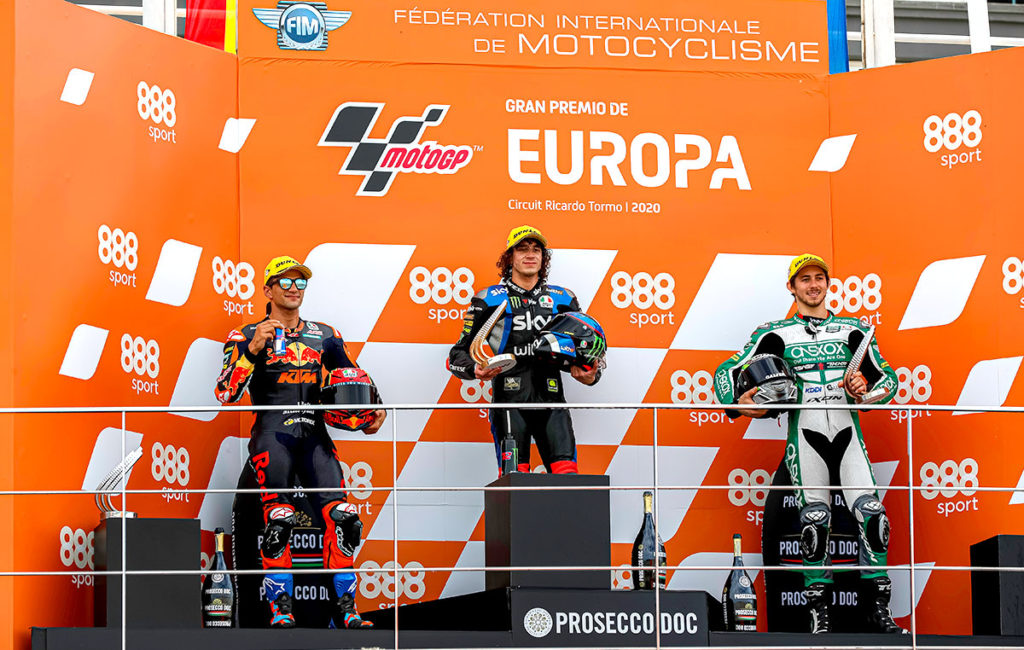 NHK Helmet – Remy Gardner has performed a great start of the race and has placed himself in the front group from the beginning of the race. Remy has finished the race in third position achieving the third podium finish of the season. With todays result, Remy adds 16 points which place him sixth in the Moto2 World Championship general standings with two races to go for the end of the season. “Amazing result today! I am extremely happy to be back on the podium. Unfortunately, Jorge Martin finished in front of us today so he extended his lead in the points a little bit but I am happy with the result. Thanks again to everybody! .” The next Grand Prix will take place at the same track of Ricardo Tormo Circuit next week for the Gran Premio Motul de la Comunitat Valenciana.