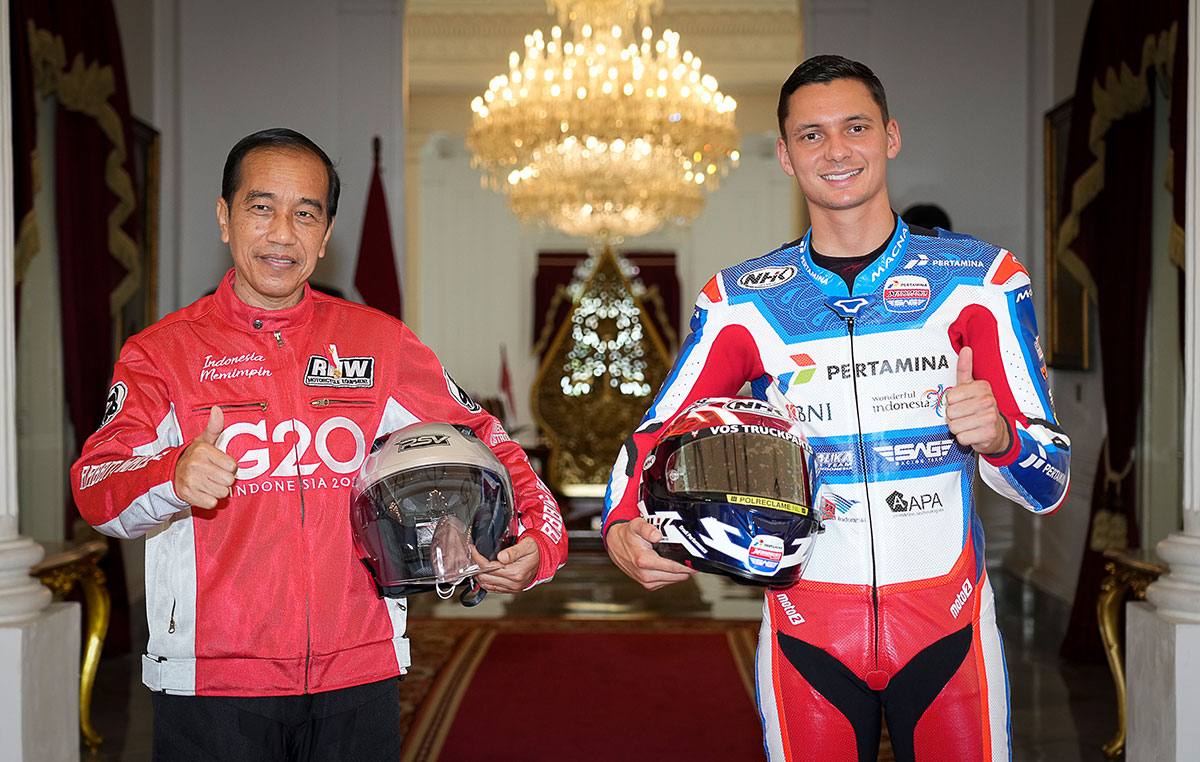 NHK Helmet – Pertamina Mandalika SAG Team Moto2 racer, Bo Bendsneyder, is one of 20 world-class racers meet President Joko Widodo (Jokowi) on wednesday 16 March 2022, at the Merdeka Palace, Jakarta Indonesia. Bo Bendsneyder and 19 other racers take part in the parade with Jokowi. This activity is part of the Mandalika MotoGP racing series at the Mandalika Circuit which will take place on 18-20 March 2022. The parade with Jokowi on Wednesday, March 16. The parade start and end at the Merdeka Palace.

President Jokowi welcome the racers at the Merdeka Palace 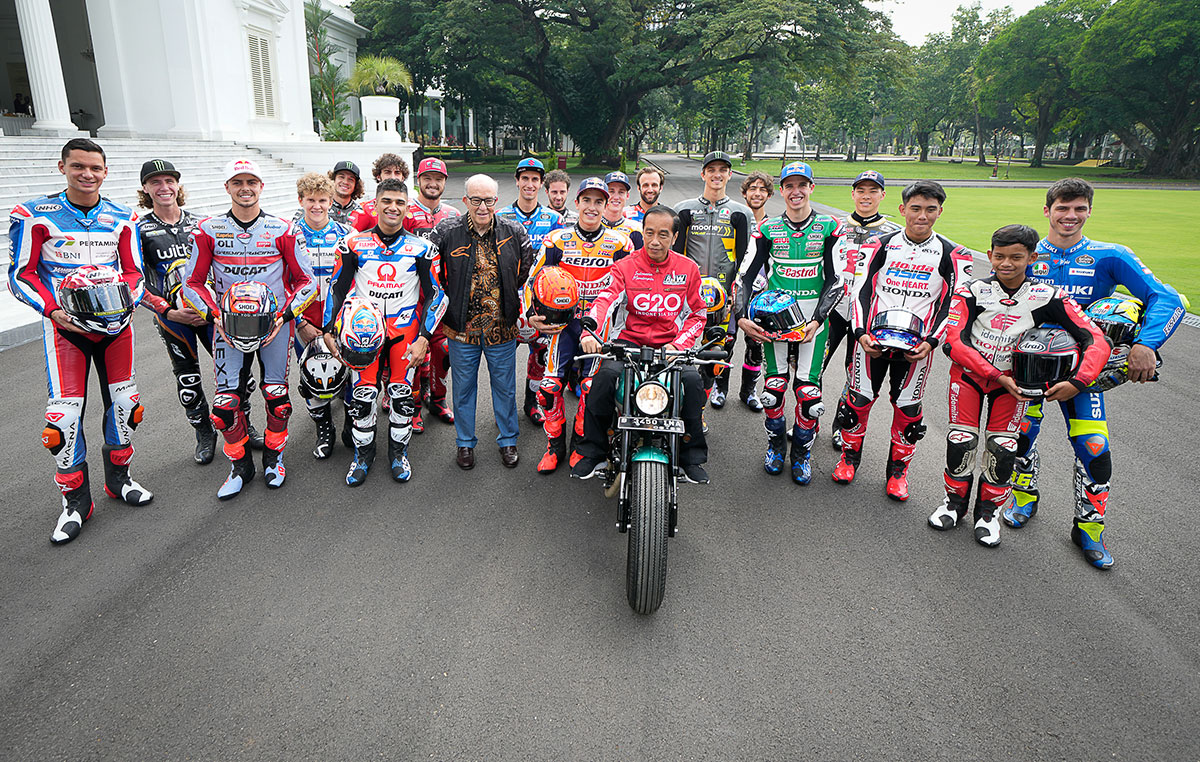 Bo Bendsneyder with other racers and President Joko Widodo 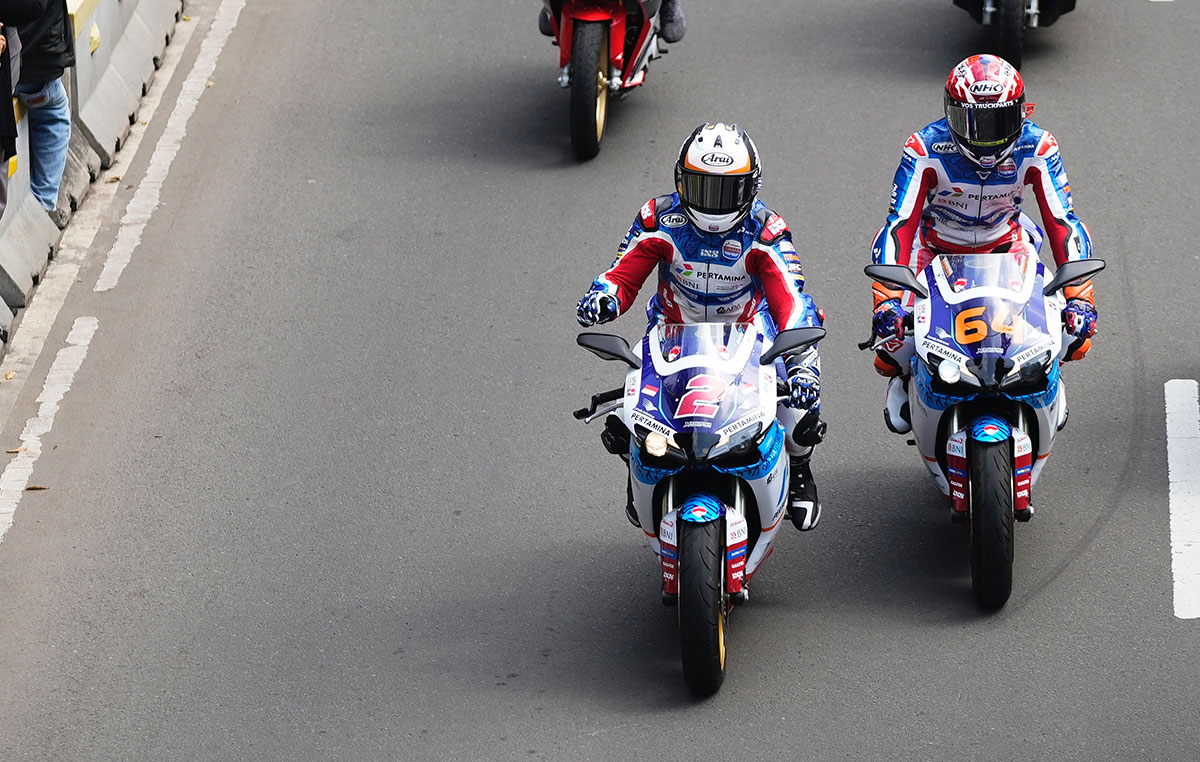 “I can’t wait to meet the President,” said Bendsneyder at the Mandalika GP Hub press conference, Jakarta, Thursday, March 10, 2022. “But I’m still nervous and I don’t know what will be discussed later with him. The point is I want to meet the president soon,” he added.