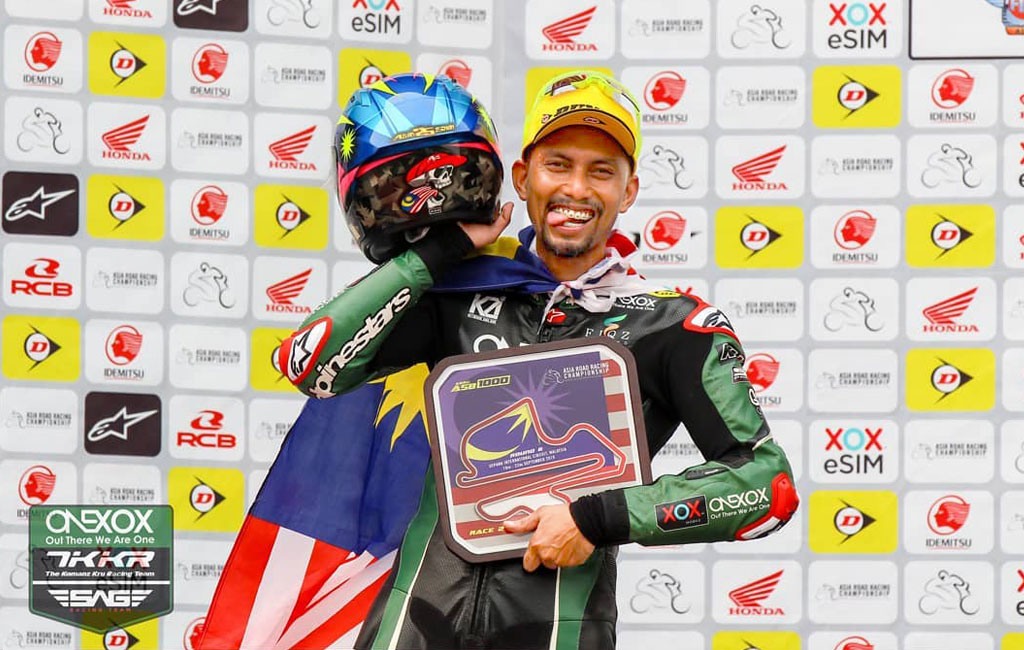 It was also the 35-year-old’s first outing with new team ONEXOX TKKR SAG Racing Team. Last season, Azlan was racing in the 600cc class with Kawasaki. TheMalaysian rider started the race from second on the grid, sandwiched between pole sitter Thitipong Warokorn and fellow Malaysian Mohd Zaqhwan Zaidi in third.

Azlan’s Race 1 win could not have come at a better time. All day long throughout the season opener of the 2019 FIM Asia Road Racing Championship, the Malaysian riders had missed out on the chance to stand on the top step of the podium in the Underbone 150cc, Asia Production 250cc and SuperSports 600cc categories.