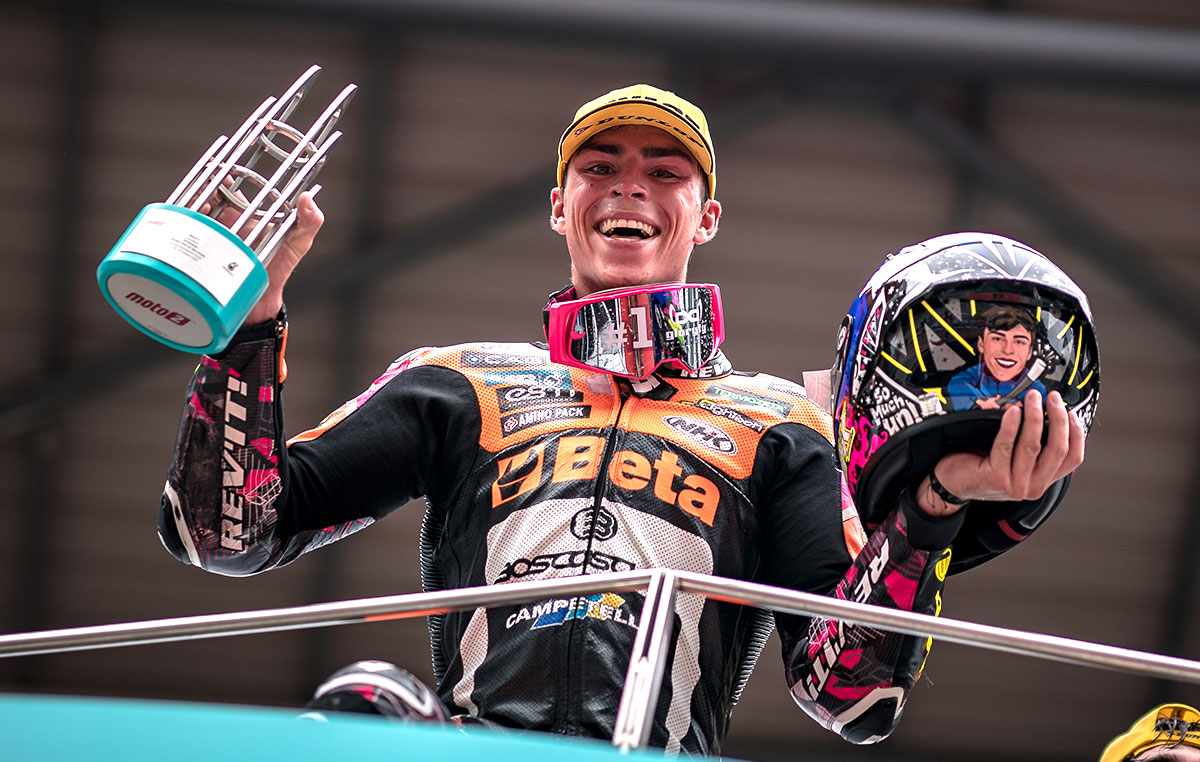 NHK Helmet – At the Sepang International Circuit the Beta Tools SpeedUp team took the fifth podium of the season with another superlative race of Alonso López who climbed to the second step of the Malaysian podium. Aldeguer finished his first Malaysian Grand Prix in top ten.

He is still on the podium, Alonso López and he did so managing very well a race that on paper seemed more complicated than usual for him and his Boscoscuro bike. From tenth position on the grid to third after a few corners from the start, as always Alonso made no mistake, recovering 7 positions. Bagarre with Gonzalez in the middle of the race in which he went in third position and a little from the end, with Ogura out of the game, he passed second the finish line, sealing his incredible fifth podium. 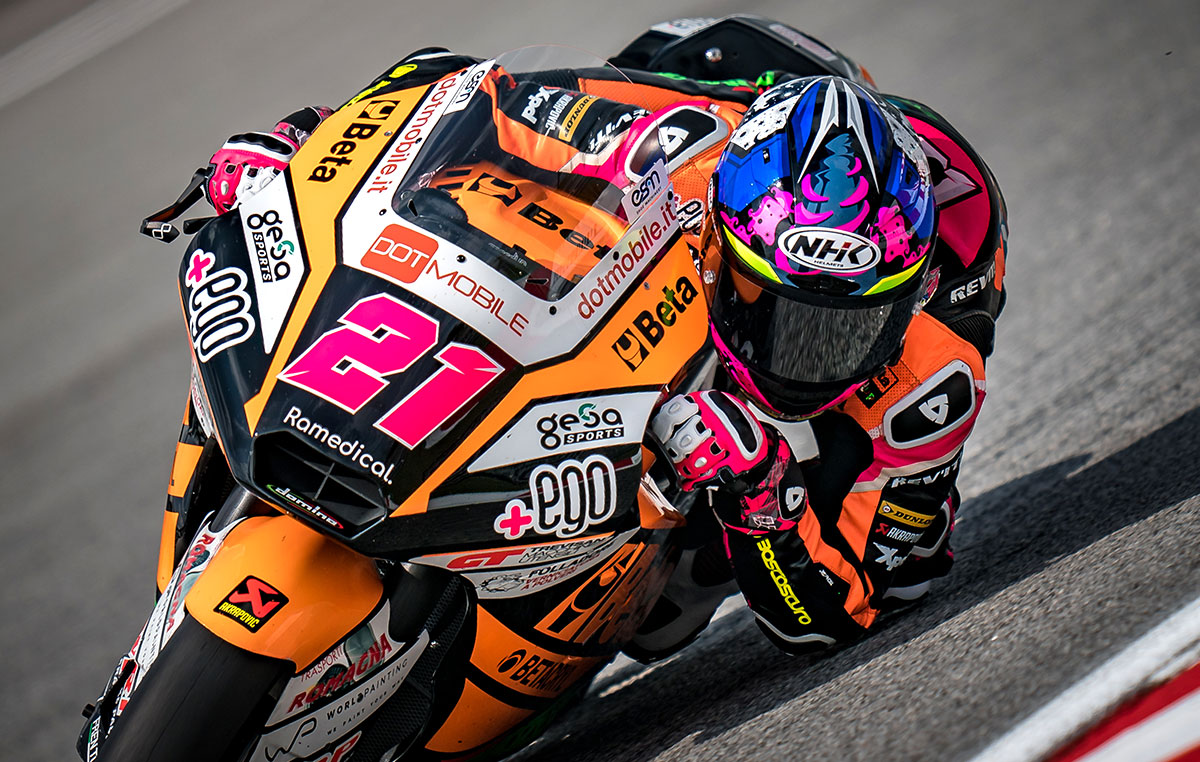 Alonso López with his new livery helmet from NHK Helmet.

A superb start also for Aldeguer who jumped from sixteenth position to p7. The Beta Tools SpeedUp rider, despite the difficulties encountered during the whole weekend, was able to manage his race well by crossing for the first time the Malaysian finish line in tenth position.

“Really happy for this podium, the third in the last four races! My bike is fine, but maybe today wasn’t the best day of both and I did what I could. At the beginning it was really impossible to keep pace with Ai and Tony because they were really too fast, but I think I managed the race very well by taking some risks but getting straight to the goal. I thank the team for the excellent work we are doing together, see you in Valencia!”.