FIM CEV Repsol 2021/17: Epic Round 2 at Valencia gives new stars in all classes

Round 2 of the season is done and dusted as new stars emerged, more history was made and Championship battles begin to form? 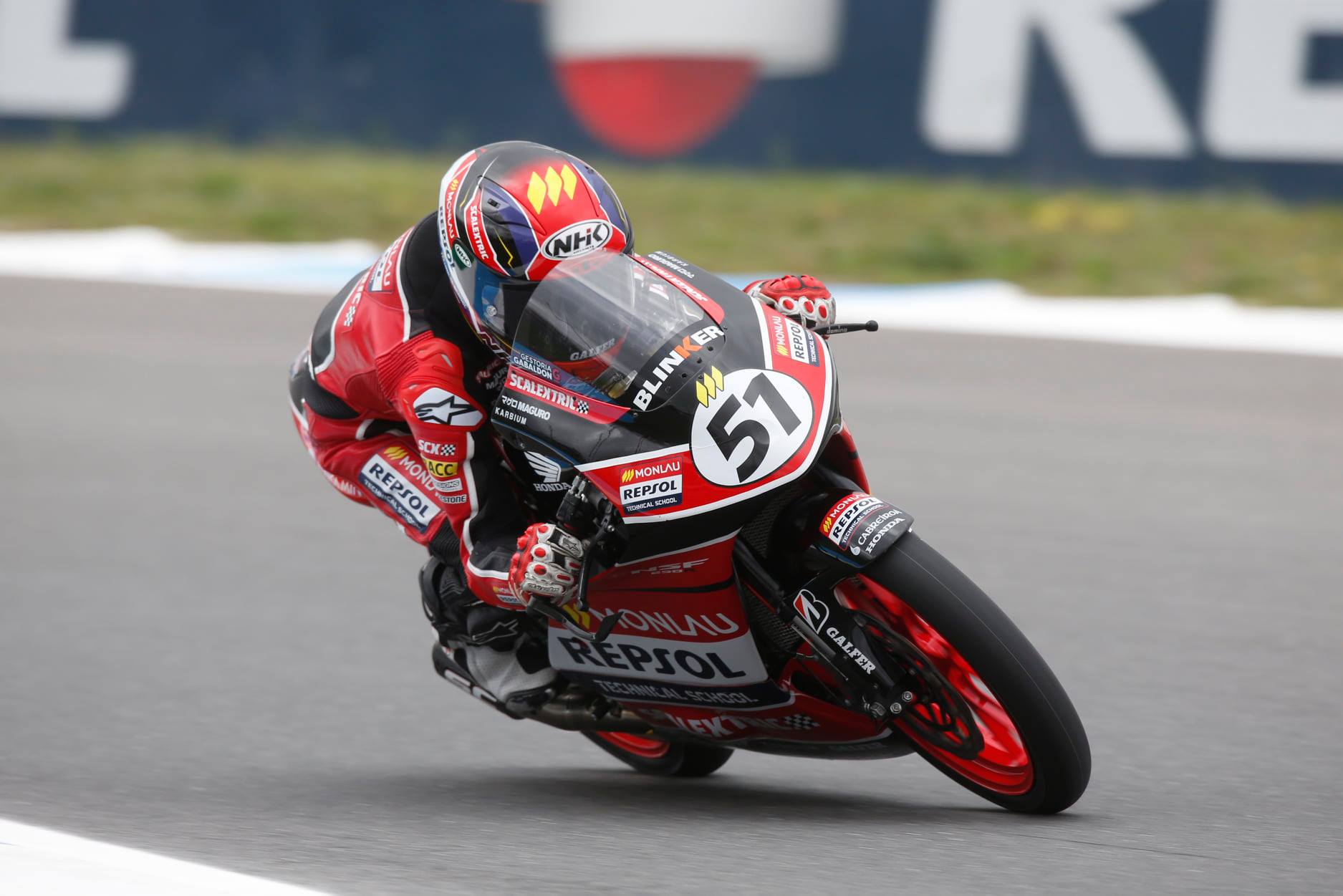 The Circuit Ricardo Tormo in Cheste, Valencia, played host to a stunning Sunday of FIM CEV Repsol action with epic battles all the way through the day’s five action-packed races. In the FIM Moto3™ Junior World Championship, they enjoyed their first double-header of the year and it was Daniel Holgado (Aspar Junior Team) who took both wins. In the Moto2™ European Championship, Fermin Aldeguer (Boscoscuro Talent Team-Ciatti) made it a hat-trick in 2021 with another win, whilst we had two more first-time winners in the Hawkers European Talent Cup, with Race 1 spoils going to 12-year-old Brian Uriarte (Team Estrella Galicia 0,0) and then in Race 2, the win was claimed by Alvaro Carpe (MT-Foundation 77). 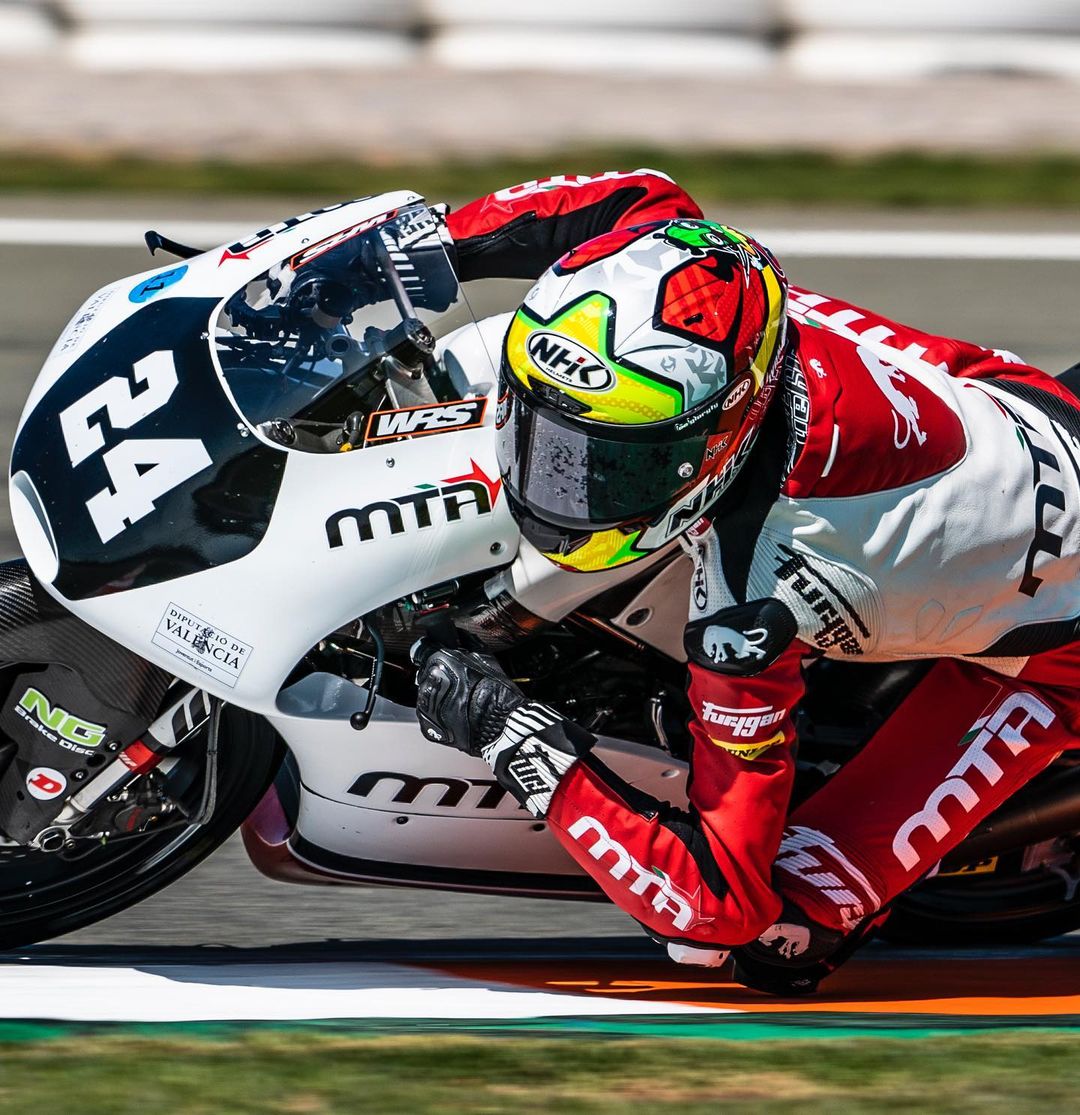 FIM Moto3™ JWCh action was as fierce as ever with Race 1 providing a thrilling showdown between the heavyweights of the class, despite morning rain making the track patchy. Despite a late-race moment that saw him drop to third, Daniel Holgado fought back tremendously to take victory with a dramatic final corner pass on Takuma Matsuyama (Asia Talent Team), denying the Japanese rider his first win. Holgado took honours to make it two from two, whilst Matsuyama claimed a first podium and Diogo Moreira (Team Estrella Galicia 0,0) completed the podium, giving Brazil a first podium in the class. Having run in the top three for much of the race, Ivan Ortola (Team MTA) was pushed back to sixth, finishing behind David Muñoz (Avatel – Cardoso Racing) and his teammate Daniel Muñoz.

In Race 2, it was more of the same, although a red flag was shown after a Lap 1 incident between Alessandro Morosi (Laglisse Academy) and teammate Filippo Farioli. There was more drama at the start of Race 2’s restart as Daniel Muñoz took out teammate David Muñoz on the exit of Turn 11 on Lap 1. As the race settled down, it was a familiar trio at the front with Daniel Holgado leading ahead of Diogo Moreira and Ivan Ortola but sublime late-race pace from Jose Julian Garcia (SIC58 Squadra Corse) put him in the mix. Holgado made it a magical hat-trick with another win, whilst Garcia held off Ortola as they completed the podium; Moreira crashed out on the last lap at Turn 12 but was able to walk away. The Championship standings show Holgado on a perfect 75 points, ahead of David Salvador (TM Factory Racing Team) in second, Ortola in third and Indonesia’s Mario Aji (Astra Honda Racing Team) in fourth. 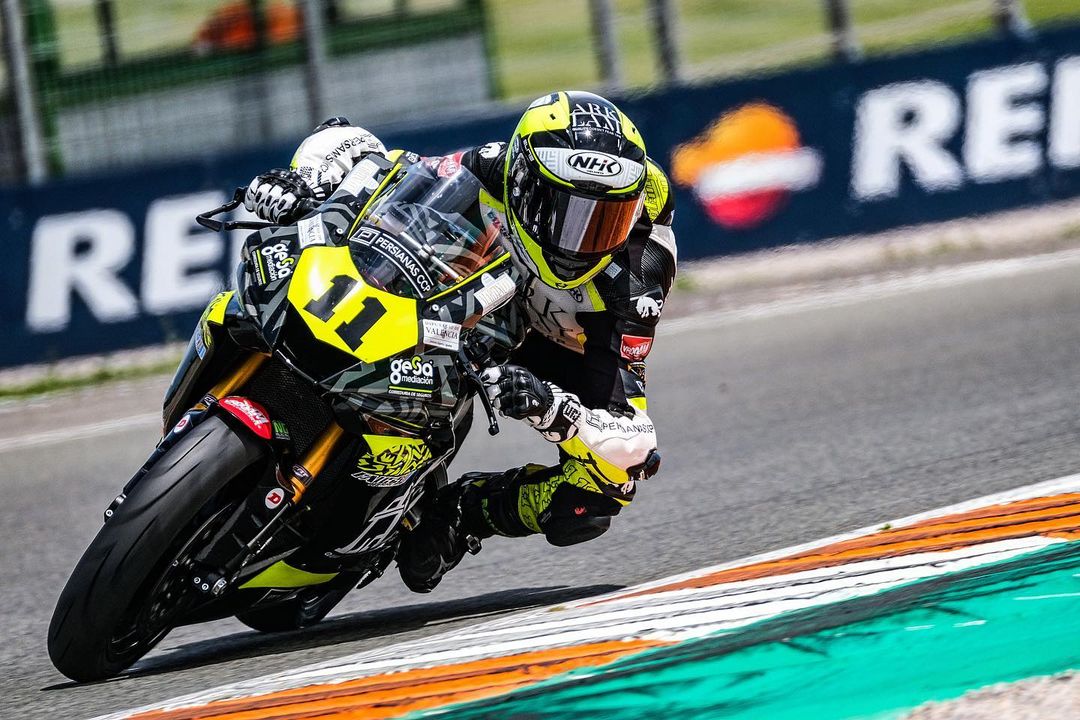 The Moto2™ ECh was just as intriguing, although a red flag also came out after the first few laps of the race for an accident involving Leon Orgis (Avintia Esponsorama Junior Team). On the restart, it was Alonso Lopez (Boscoscuro Talent Team-Ciatti) who grabbed the holeshot ahead of Taiga Hada (AGR Team). Top Superstock 600 honours went to Alex Escrig (FAU55 TEY Racing) once again. In the main title race, Aldeguer, Lopez and Norrodin are the top three with 75, 60 and 45 points respectively. 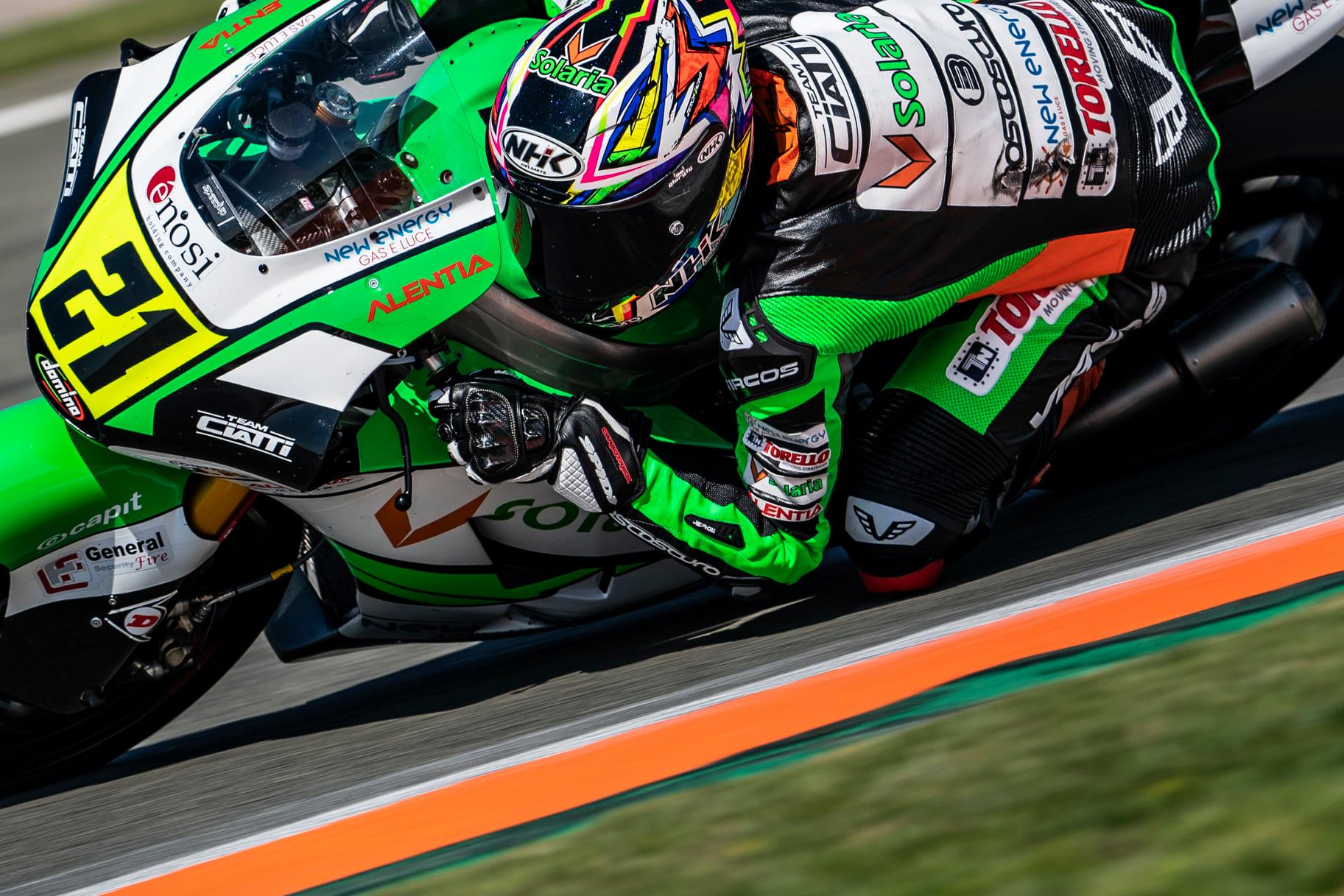 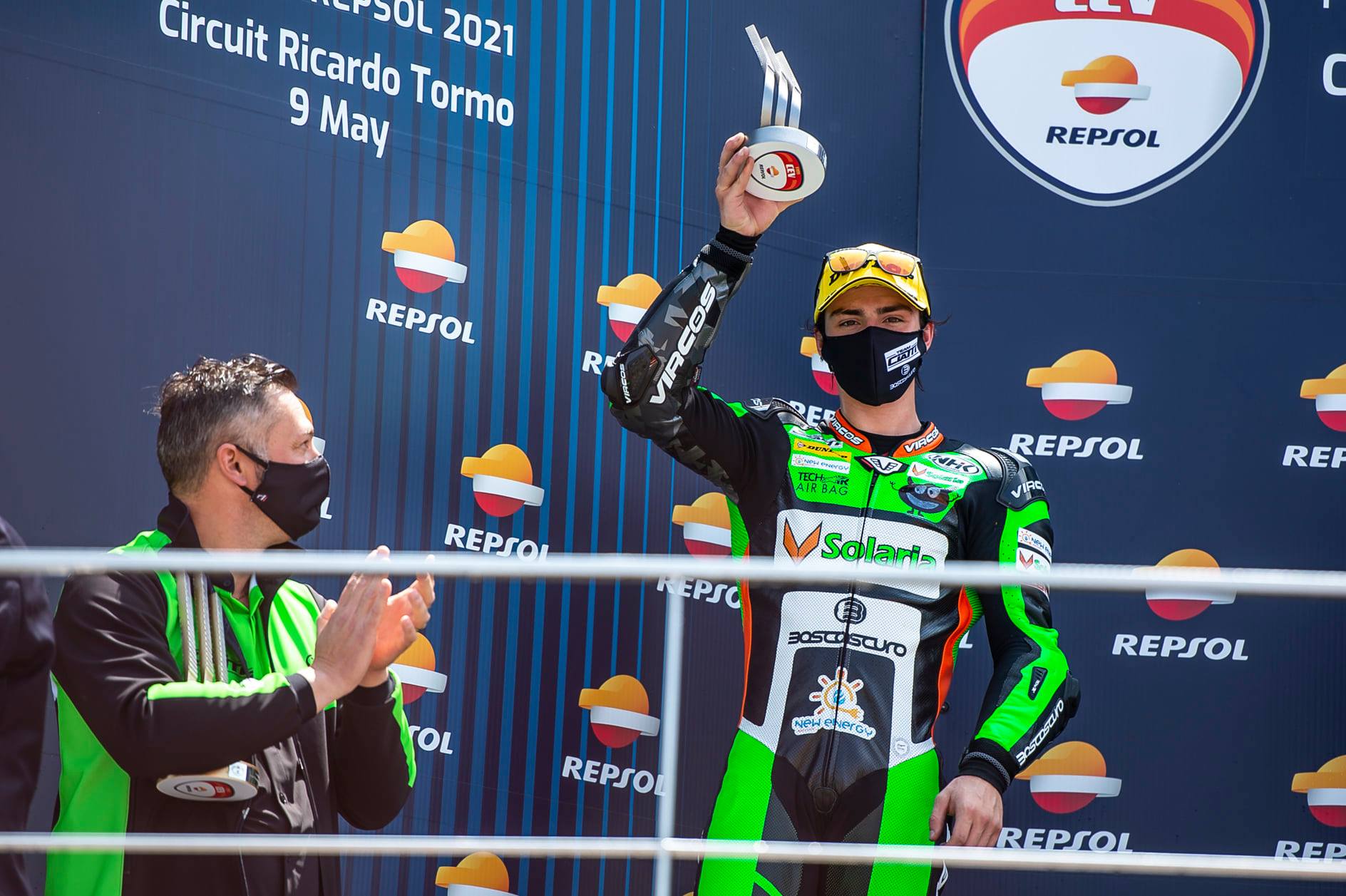 As is the usual case, HETC provided more intense action as the class took the track in the morning for their first race, and it was a third different winner in as many races as 12-year-old Brian Uriarte (Team Estrella Galicia 0,0) stunned everyone from 14th on the grid. The Spanish sensation picked his way through the order to eventually hit the front, seizing his opportunity to take Race 1 honours. Second place went to pole-sitter Hugo Millan (Cuna de Campeones) who grabbed the Championship lead, whilst third place belonged to his teammate Xabi Zurutuza, after Maximo Martinez (Team Honda Laglisse) received a post-race penalty for a previous infringement. It was a disaster for Alvaro Carpe (MT-Foundation 77), who after leading most of the race and starting third, retired with mechanical issues.